How much should I pay for a German Shepherd puppy?

What is a realistic German Shepherd puppy price in 2022?

This is a tough question since German Shepherds are consistently one of the most popular dog breeds around the world. On the one hand, this means they are very widespread, with many rescues and breeders. More puppies available typically result in a more reasonable price point.

However, there is a reason GSDs are so popular. GSDs have an incredible reputation as loyal family companions, who can also be trained to the highest level, and are oftentimes used in police work. The combination of trainability, eagerness to please, seriousness in their work, yet delicate nature that can be perfect for families, is not something that can be said for all dog breeds.

Perhaps no other dog varies in price as much- you can expect to see starting prices for GSD puppies at a couple of hundred dollars, up to $8,000 for a puppy from championship pedigrees.

From our data, we have found the average price for a GSD puppy to be ~$1300

However, our recommendation is to set your pricing expectations higher for a healthy puppy from a reputable breeder. In this case, the price for an 8-week-old german shepherd puppy will be from $1300 - $2500.

The majestic white german shepherd typically runs a higher price point because it is rare. We don't have enough data, but it is a safe bet to assume that the starting price for a white German Shepherd is around the high point for a regular GSD. In other words, the budget is in the range of $1800 to $4000 for a white german shepherd puppy. Nat Geo found a correlation between increased google searches and adoptions of white german shepherds and huskies during the first couple of seasons of Game of Thrones due to the "White Dire Wolves".

There is no doubt that the white dire wolves were both cute and magical. But that's no reason to adopt a dog. Anyone interested should take the best dog breed quiz to ensure they have a good fit with a german shepherd.

The long-coat German Shepherd is not as rare as the black and white. The price is about on par with a standard GSD, or slightly higher, as they are not quite as common.

Can I expect to find $500 german shepherd puppies?

This would be the absolute starting price from any reputable breeder. It is probably possible to find a breeder selling german shepherds at this price point, but they most likely know they can easily increase the cost for their GSD puppies, but have other motives. Some breeders do it purely out of the love for preserving the health of the breed.

At any price point under $500, the puppies are most likely from a "backyard breeder". This is really just terminology for anyone who had puppies and is selling them. It's important to not make generalizations here as there is a large range. In the best-case scenario, the puppy can come from a family who plans on starting a very reputable professional breeding program but just happens to be in their first year or two. On the other side of the spectrum, it can be from someone who accidentally had puppies, and you should do research to see the parents of the litter ensure it is a purebred puppy if that is what you are looking for.

How much does a german shepherd cost per month?

There are 4 big factors that lead to the "it depends" answer here:

Of course, each of these 4 can vary widely. Since the german shepherd is a high-energy dog, we will assume that you need occasional help with walking- about $100 / month. And since the german shepherd needs a challenge, and to be stimulated mentally, we will also make the assumption that you will enroll in occasional group obedience courses, at about $100 / month. We will also assume that you won't ever take your pup for professional grooming or have the need for pet sitting.

There are also 4 standard costs, which for a german shepherd puppy we can estimate as follows:

Throw in a little for toys, and small miscellaneous expenses, and our estimate is that a healthy german shepherd puppy will cost $345 / month.

This did budget in some training and dog walking but also assumes that there will be no budget for dog grooming or pet sitting. There are also the large costs associated with traveling with your pup and getting medical care for emergencies or genetic disorders. With any of these factors, the price for a GSD puppy can easily go up to $6,000 / year and is what we would recommend using as the number when financial planning to be safe. 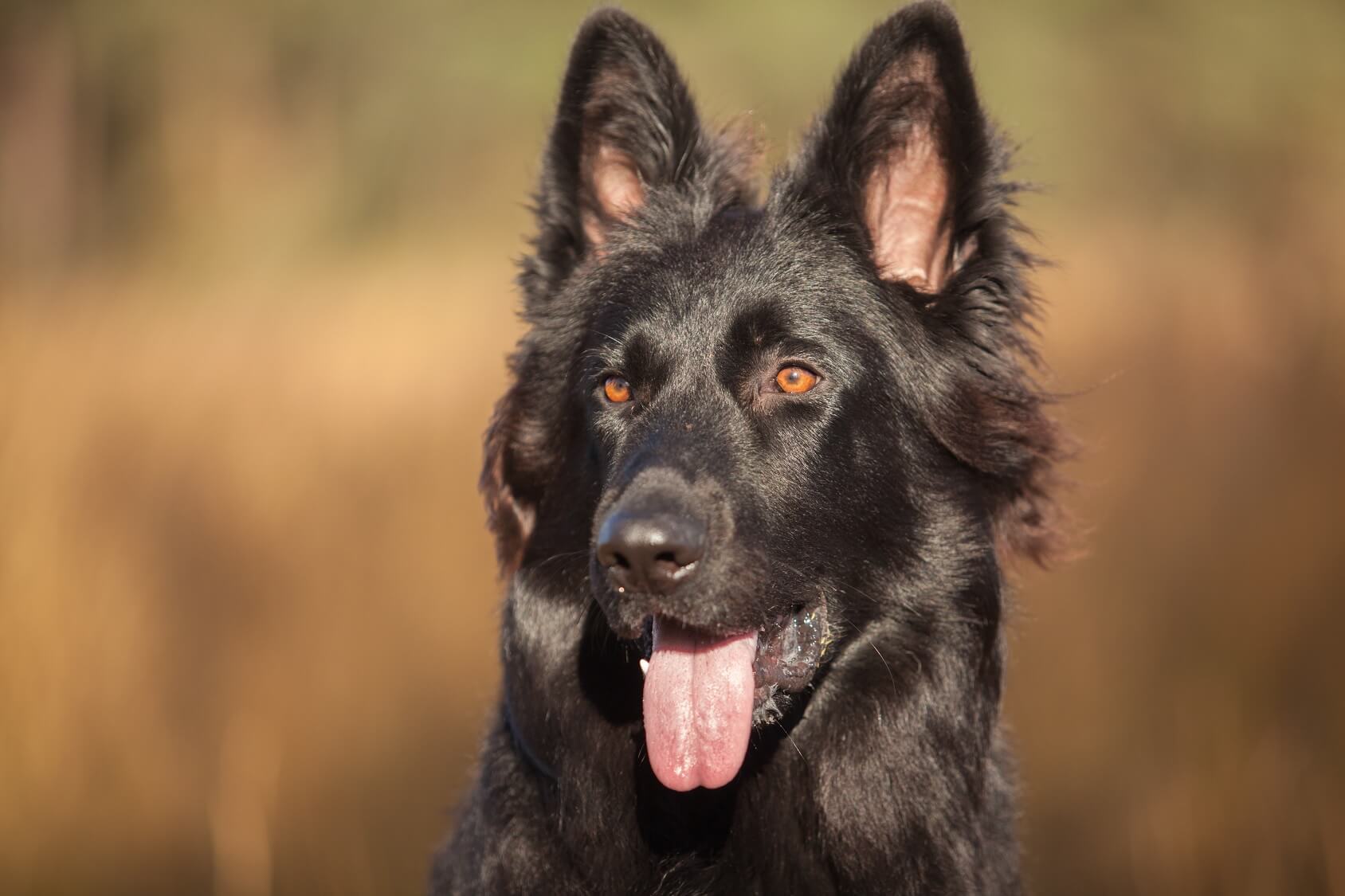 The ever noble black german shepherd

If you are interested in learning more or finding a german shepherd to buy or adopt, be sure to "inquire about puppies" on our German Shepherd Dogopedia page.

What is the best low maintenance dog?

Not only do you have to decide what size, age, and breed of dog is right for your family, but you also have to think about how much time and effort you're willing to put into caring for your new pet.

Not all big dogs need to be a handful; here are a few suggestions of lower-maintenance big dogs to consider.